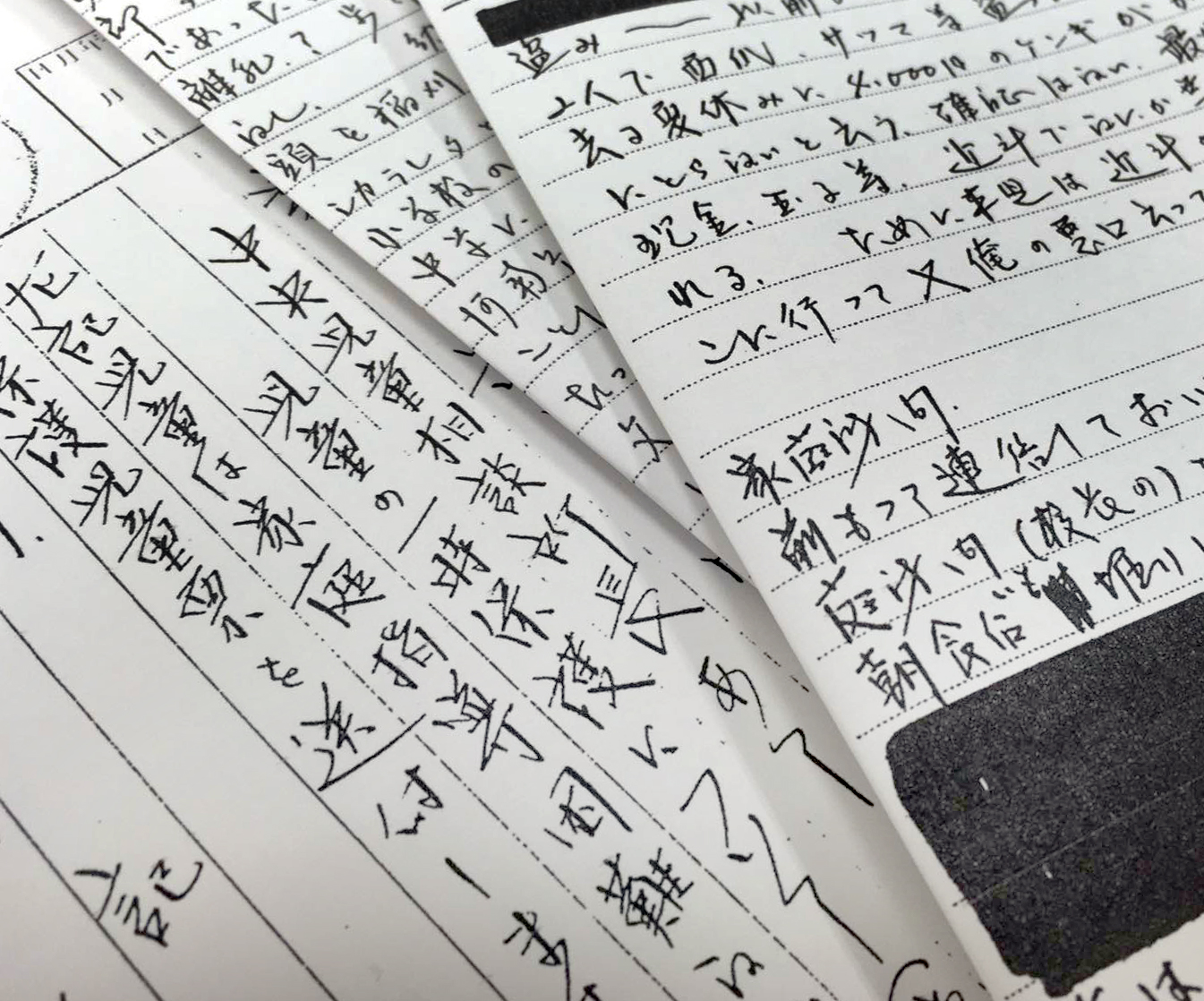 Documents that the welfare office in Ishinomaki about Junko

She was never told about the surgery, though her parents knew all along.

She was heartbroken that somebody had sterilized her out of blue, and that she could no longer bear children. One day, her rage boiled over. Not knowing where to release it she confronted her mother, crying. Instead of comforting her, her mother yelled at Junko.

This wasn’t the only time adults had made decisions about her life without her knowledge.

In Junko’s possession are eight sheets of paper – records that officials at Miyagi prefectural welfare office created on her when she was 14 years old. Junko finally acquired the documents when she was 55 years old, after filing requests for information disclosure.

Her need to find out why she underwent forced sterilization surgery was what kept her motivated to get them. After she learned about the public information disclosure system, she negotiated with Miyagi Prefecture and the city of Sendai for access to her records.

The documents shocked Junko. They read:

September 15, 1959: The local welfare commissioner came to the family home to talk about Junko. According to the commissioner, Junko and her aunt stole watermelons and yam from a nearby farm. People then began to accuse Junko whenever cash or other belongings went missing. Because of this, she became paranoid, yelling at neighbors when she assumed they were talking ill about her. After the commissioner’s visit, an official from the welfare office interviewed the head of Junko’s middle school and her teacher. Junko was reportedly violent and no one in her class paid her any attention. The dean said Junko was trying to behave better but he saw no improvement. The welfare official also interviewed Junko’s parents. Her father said Junko’s mother treated her daughter badly. Had she not, he said, things would’ve been different.

These are all lies, says Junko. She never stole any watermelon or yam.

“We grew our own watermelon and yam every year, there was no need to steal,” she said. (*2).

The welfare office commissioner lived near Junko’s house. Junko thought ‘“why did she have to lie?’” (*3).

Something else also touched a nerve. Even if the welfare commissioner came with bad intentions, why did the official from the welfare office believe him without confirming it with her?

Junko doesn’t remember meeting the official. The records, however, say they met.

On a chilly autumn day when Junko returned home carrying a yam from her farm, the official and her father were talking. Junko sat in front of the official, saying hello, before heading off to the kitchen.

The official later wrote in his records: “Clean in appearance compared to her mother; a bit on the thin side but looks healthy.”

“The child listed on the left is in a difficult family situation so we ask for quick action,” the document read.

“The child listed on the left” refers to Junko.

This sentence is what ultimately forced Junko to receive sterilization surgery.

The original Japanese version of the article was published on Feb. 28, 2018.